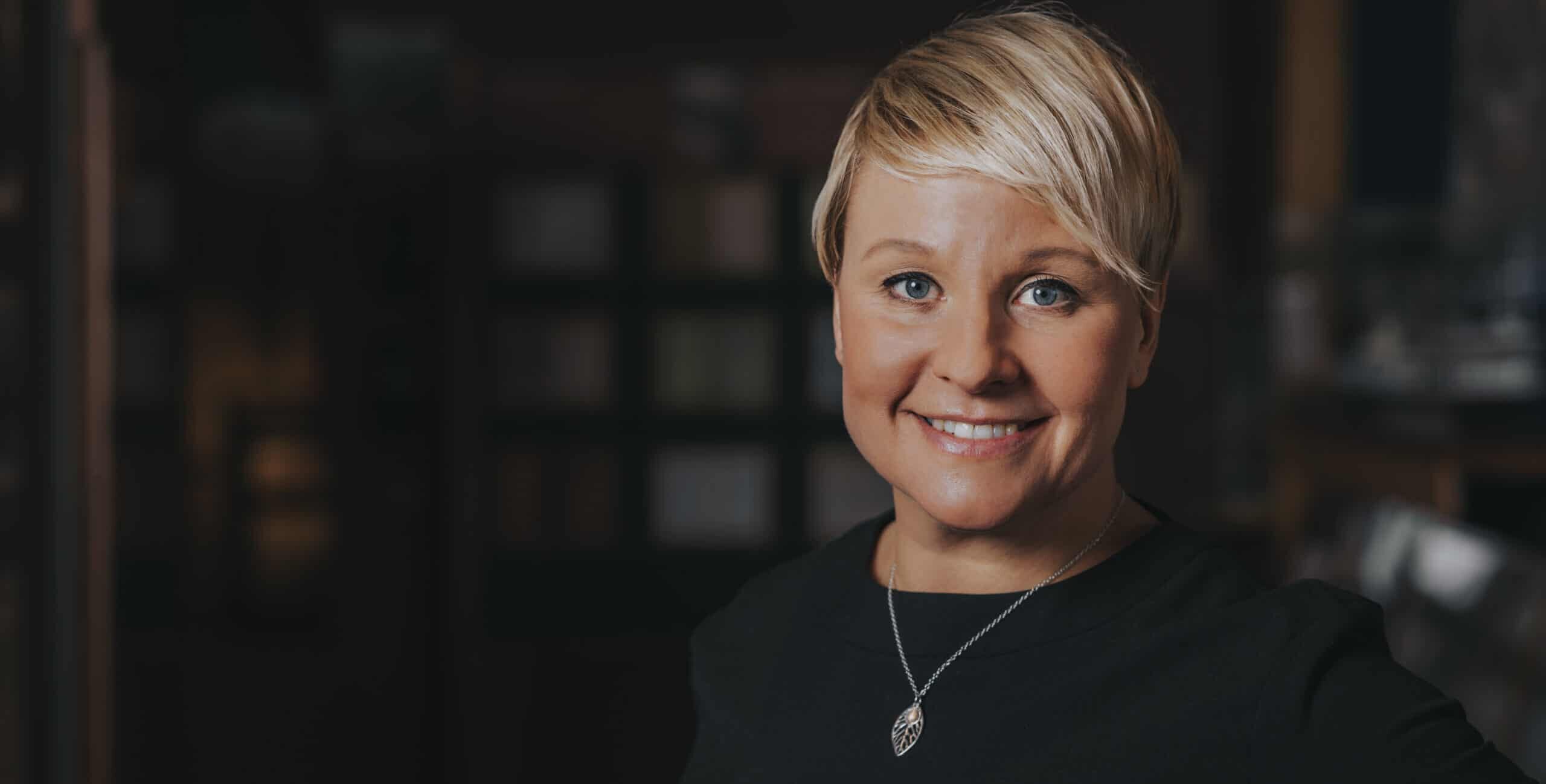 At the forefront of sustainability and innovations thanks to Interreg projects

Interview with Mayor of Växjö.

Anna Tenje has been the Mayor of Växjö Municipality (Sweden) since January 2017. Today, she shares her perspective on why joining transnational projects funded by Interreg Baltic Sea Region helped Växjö and its citizens to be the drivers of change in sustainability and innovation. Get inspired by her words and learn more about how #MadeWithInterreg solutions can benefit European citizens.

Växjö Municipality is one of the municipalities in the Baltic Sea region that actively makes use of European regional funds to improve the lives of its residents. Thanks to Interreg, Växjö has been implementing green and smart ideas with real, long-lasting positive impacts on society for over 20 years.

What are the values that transnational projects brought to Växjö and its citizen?

I think there are several important aspects for why Växjö has engaged in Interreg projects during the last 15-20 years. One crucial factor to remember is that European regional funding has not only helped us to start, but also to carry on. Thanks to Interreg, we were able to conduct various research, campaigns, and policy changes. This has also been an excellent possibility for us to learn and get inspired by other cities. So, it was not just about the funding, but also the cooperation with other partners from all over the Baltic Sea. Joining the Interreg community is a perfect way to stand on and bridge with other different projects. We have been learning a lot from others when it comes to sustainability and other topics. The output of these efforts had a positive impact on citizens and the environment. We learned how to better delineate and narrow the scope of our projects on environmental issues and to put Växjö on the map. We are one of the greenest cities in Europe, and this was possible thanks to transnational cooperation. So, we are definitely at the forefront of sustainability and innovations. Interreg has helped us to come this far!

Växjö wants to be carbon neutral by 2030. How has Interreg helped to achieve this goal?

Sumba and Sumba + projects enabled us to conduct several investigations using a specific analysis tool. It would have been very difficult to finance such a tool for a medium-sized city like Växjö alone, without external funding. Interreg made this possible! These investigations helped us better plan our local transport system, analyse traffic carbon emissions and make suitable infrastructure investments. We managed to take a step further towards carbon neutrality. We have also used a mapping tool for population statistics, which was useful to highlight the potential of commuting to work and school by bike or by bus. Thanks to it, we identified important commuting routes and we made the right investments to entice more people to commute to work or to school by foot, by bus, or by bike. We haven’t of course forgotten who lives in the countryside and need to use the car and be an attractive city for them as well. So we have this model, that’s really good!

You have been involved in projects mainly dealing with green urban mobility. Can you share a few examples of what the citizens gained thanks to those projects?

For example, as part of the Sumba project, we launched a bicycle library. It is a service that allows Växjö’s residents to borrow and test different bicycle models to find the one that best fits their commuting and transport needs. Now, we have cargo bikes, electric bikes, folding bikes, and electric scooters; it’s been a success! Currently, many people in Växjö have electric bicycles and cargo bicycles. They are popular across Sweden but I think that Växjö was quite early with that. It was thanks to the bicycle library because many citizens tested it. I have a cargo bicycle myself. I take my small children to preschool with my cargo bike, and a lot of the Växjö citizens do the same.

When it comes to other examples, we updated our transport plan with the help of Sumba projects. Traffic safety is really important for us; as we have many schools and many preschools. We want to make sure that the bicycle roads to school are safe. So, we used new innovative tools to better engage citizens in initiatives related to traffic safety. Results from such initiatives are important in helping us better understand our transport system and identify focus areas of our new transport plan. This would be something that would carry on in the future as it has become a routine now.

Do you have an example of how Interreg helped your municipality in terms of sustainable water management?

Water management is such a topical issue in Sweden now, but also in Växjö. During the last couple of months, Sweden’s had a lot of problems when it comes to water management, water waste management, and spill water. Heavy rains in a couple of cities in Sweden have made it extremely hard. Nevertheless, I know that we have a really good record on water management and we are probably one of the best municipalities in the country for this.

With seed money support, projects can be prepared for any funding source available in the region. The seed money project Emperest aims to tackle the problem of sources and pathways of polyfluoroalkyl substances (which are dangerous for humans and the environment) in the Baltic Sea region’s waters.

Is there any Interreg project that you’re personally more familiar with or attached to? And if yes, why?

I was the president of the technical services board a couple of years ago, and that’s when I was working with both traffic safety for children and mobility in general. I worked really hands-on with that types of projects. As I mentioned before, water treatment, waste water management, and restoration of our lakes are also issues really close to my heart. We saw that we had a lot of good experiences to build on when engaging in the Interreg projects. The projects become more successful and important if they can be connected with the process already going on.

For instance, even I’m not sure if the bicycle library developed within the Sumba project will remain alive any longer, we can still see its effects. Many people in Växjö have cargo and electric bikes now. We will also let the preschools borrow cargo bikes for small children. They can have like six children in each cargo. you can still see the effects of the projects we implemented even today and that what we achieved is still working now.

Our Programme will soon offer new funding for innovative, water-smart and climate-neutral solutions developed transnationally for the benefit of the whole region. Which new topics do you find particularly interesting for Växjö? Why? 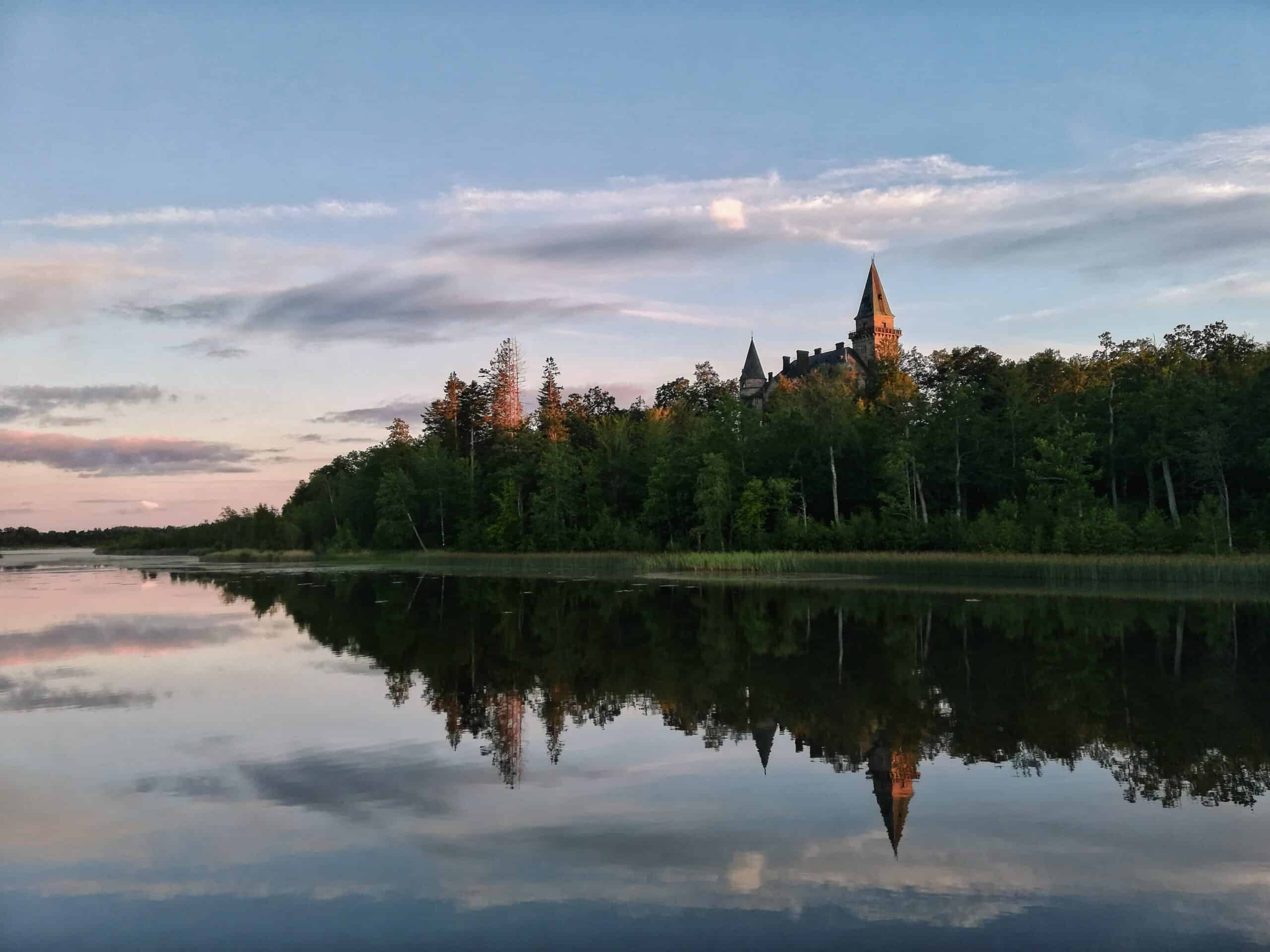 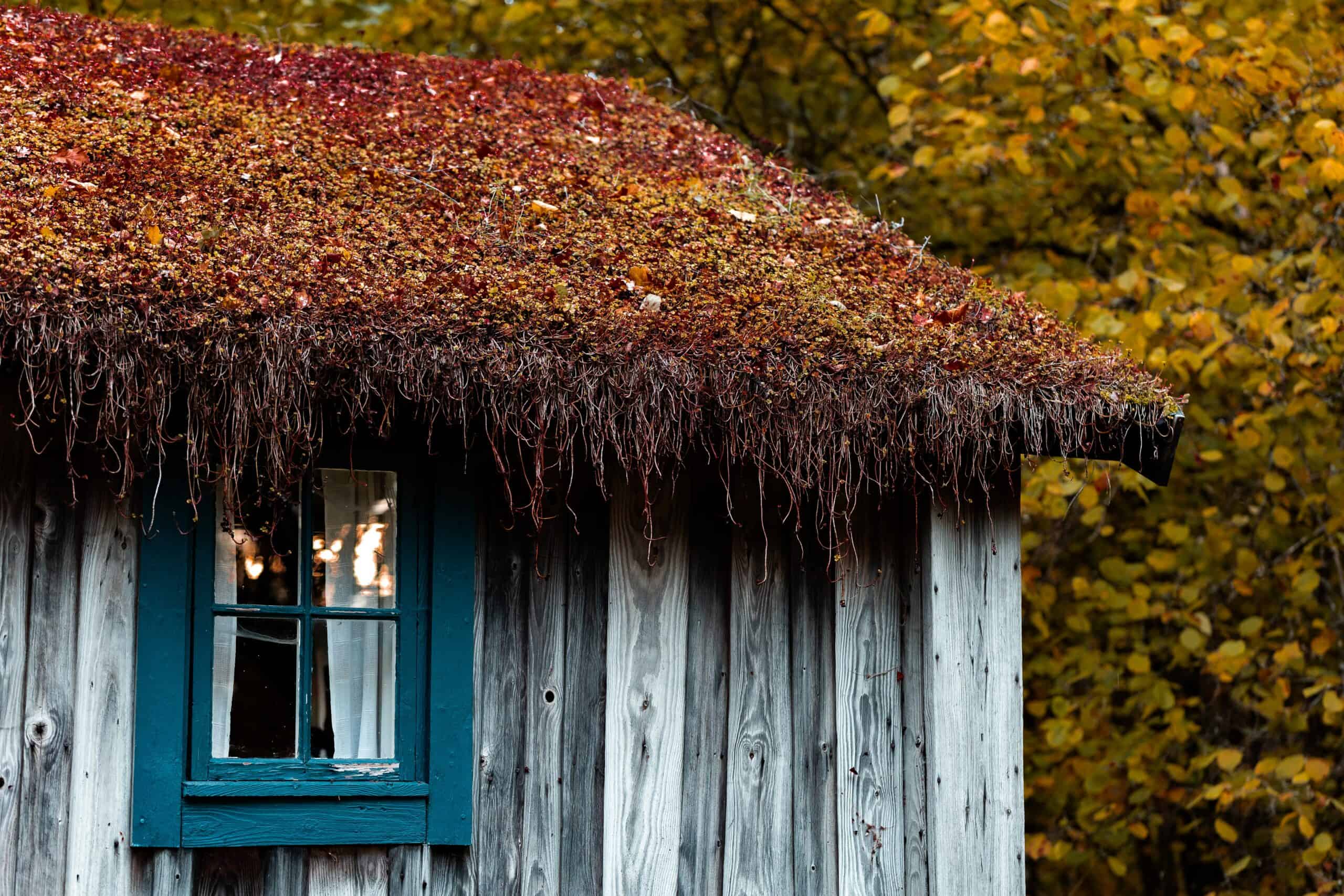 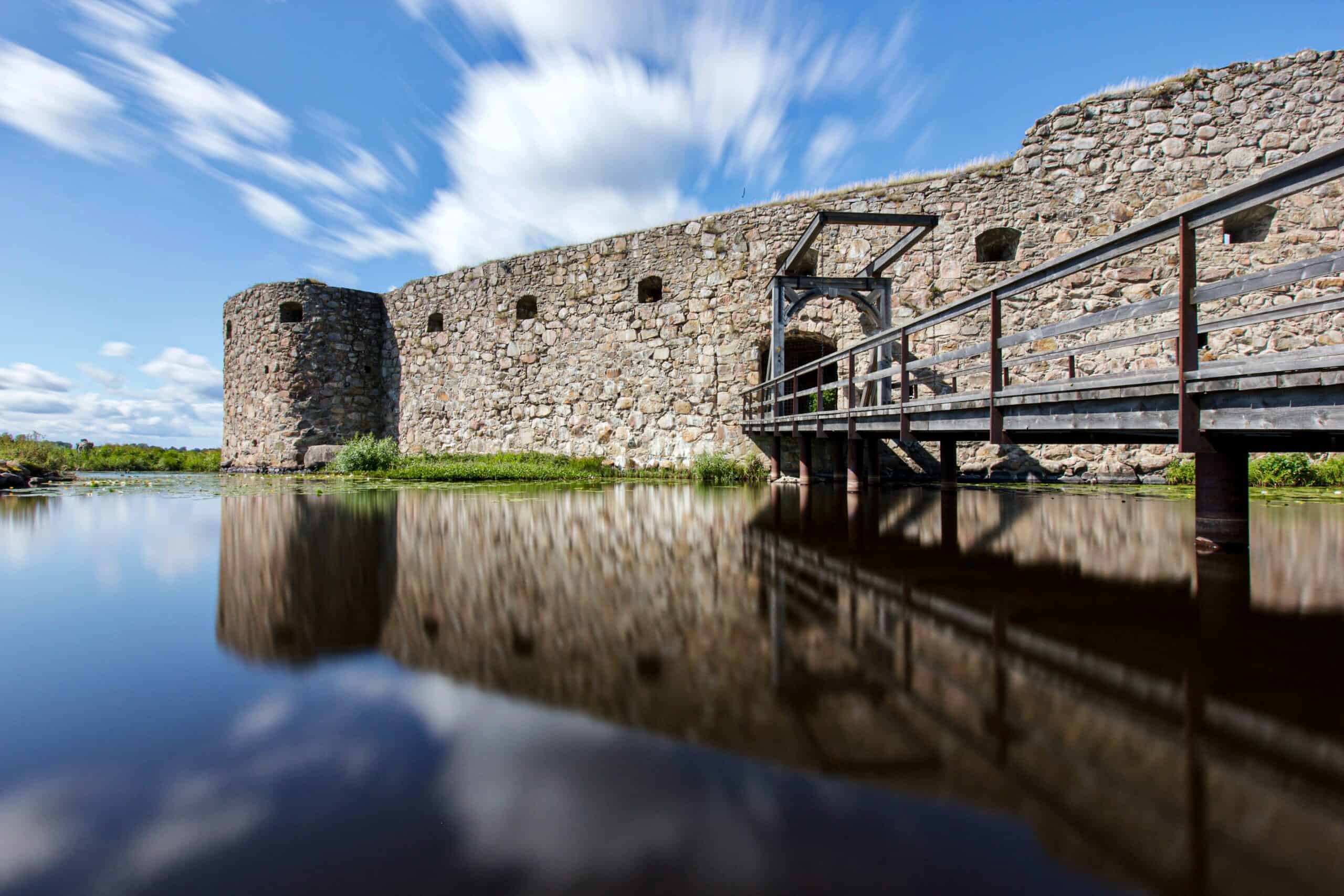 In the next years, Interreg Baltic Sea Region will keep supporting projects having a positive impact on the residents of the region. If you have a smart or green idea and want to receive funding for it check our gateway for applicants, where you will find all the information on our next call.

How much do you know about the Baltic Sea? Are you a true expert in our region: its traditions and history? Check this out by taking part in the...

END_OF_DOCUMENT_TOKEN_TO_BE_REPLACED 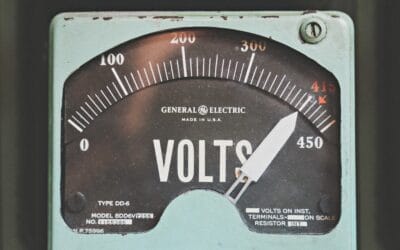 Pivotal role of the local authorities in addressing energy efficiency

Heating, supply of warm water and cooling in private households account for approx. 80% of the overall European energy consumption. In the Interreg...