The Baltic Sea is a dumpsite for thousands of tons of chemical warfare and conventional munitions. Lumps of toxic mustard gas occasionally emerge in fishing nets and highly flammable phosphorus appears on beaches, causing danger to the people and the environment. For 10 years, partners in CHEMSEA and then DAIMON and DAIMON 2 projects, have been working together to make Baltic waters toxic-free.

Marine munitions in the Baltic Sea: how everything started

To understand how the Baltic Sea became a huge underwater munitions dumpsite, we need to go back to the end of World War II. At that time, allied forces were confronted with the task of disposing of the unused material in battle arsenals, which, they figured, would not hurt anyone in the depths of the sea. Ships dumped forty thousand tons of chemical munitions in the Bornholm Basin, Little Belt area and in the Gotland Deep. In addition, dumping took place already en route to the designated sites, which means that the munitions practically litter the entire sea bottom. At the same time, mines deployed in the Baltic in both world wars, and countless bombs, torpedo heads and shells, amounting to ca. half a million tons of conventional munitions rest at designated dumpsites and in forgotten battlefields.
Until the late 90s, the authorities had been largely neglecting the problem of Baltic Sea munitions. In absence of accurate data, there could only be speculations about the extent of contamination and its consequences for marine life and humans. However, in 2004 a group of activists and scientists initiated the first EU funded project to measure the environmental risk of dumped munitions called MERCW . It involved 9 partners from Belgium, Denmark, Finland, Germany, Latvia and Russia.

Sonar scanners mapped the biggest dumpsite in the Baltic, the Bornholm Deep, and provided evidence of widespread contamination with warfare agents such as adamsite, sulphur mustard, tabun, chlorobenzene and arsine oil. However, the results brought were too patchy and therefore insufficient for scientifically sound conclusions.

In 2011, Jacek Bełdowski and his team of the Institute of Oceanology of the Polish Academy of Sciences together with some of former MERCW partners looked for support within the Baltic Sea Region Programme. They wanted to measure the scale of pollution from warfare agents in sediments and evaluate its impact on live organisms, such as fish and mussels. That is how the first Baltic large-scale munitions project Chemical Munitions Search and Assessment (CHEMSEA) was born. It brought together an international team of around 200 researchers from 11 European institutions from 5 countries. In three years, the team sampled and examined 200 objects for contamination from all discovered compounds. They established ample evidence based on the leakage of chemical weapons. In 2014, for the first time, the researchers discovered munitions’ remnants in fish tissue. Cod raised a special concern as commercial fish, whose main reproduction areas overlap with the areas of highest munitions contamination.

In addition to discovering a previously unknown dumping site in Gdańsk Deep, CHEMSEA found out that, on average, each remnant was polluting a larger area than initial models predicted. The figures showed the pollution outreach up to 250 meters, in some cases even up to 1 km, depending on the currents at the sea bottom.

CHEMSEA findings shocked the public and raised the attention of the problem worldwide. NATO offered to finance a follow-up project called MODUM on the methodology of discovering dumped chemical weapons, which, up to that point, was extremely expensive and time-consuming. Sonar would signal if something was hiding on the seafloor but scientists had to reach each site with submarines to confirm it. With more information about what was going on at the sea bottom, there was a better chance to convince the decision-makers to act.

According to Bełdowski, there are three scenarios of dealing with the dumped weapons: to leave them if removing increases the risk of leakage; to remediate them if the corrosion is so severe that leakage is accelerating; or to cut them off, like it was done in case of Chernobyl’s reactors.

Building bridges with the applied-science projects DAIMON and DAIMON 2

To find a solution for this dilemma the international scientific team needed new alliances and the right technology to tackle the problem. Led again by Jacek Bełdowski, the Interreg projects DAIMON and DAIMON 2 brought together partners from Finland, Germany, Lithuania, Norway, Poland and Sweden to create and apply a set of decision-aid-tools for maritime administrations, governments, academia and off-shore industry. The most important product is AI-based software called ‘Decision support system (DSS),’ which was optimised from prototype to functional system. The DSS considers every possible variable of a weapon, such as the size, dumping year, exact location, the strength of currents in the area etc., in order to determine whether it should stay at place, be closely monitored or removed.

A demonstration cruise to gain practical skills in operating the DSS took place in October 2020 onboard of R/V Oceania. Onboard there were representatives of the Polish Supreme Audit Office (NIK), maritime administrations, Ministry of Maritime Economy, Lithuanian Environmental Protection Agency, NGOs and journalists. Participants had the chance to gain insight into state-of-art methods of collecting data on the different munitions’ parameters and assessing their impact, as well as to network and exchange experiences.

Thanks to the trainings performed within the DAIMON2 project, it was possible to introduce the DSS to multiple end-users across the Baltic Sea region. Now, the system is being used by nearly 160 registered users from multiple institutions. The feedback provided by the project participants and external users was incorporated into the system in an iterative and agile approach, giving a solid basis for future monitoring.

The intensive media coverage of CHEMSEA, DAIMON and co. raised awareness of the problem and the projects’ results. The pressure of the public opinion has helped to put forward the ultimate goal: that national governments take action on the matter. Lately, this pressure comes also from the offshore industry, because underwater munitions present a serious obstacle for the installation of wind farms, telecommunication cables and flood-prevention systems.

A huge milestone in Poland was the order in 2019 audit of the Supreme Audit Office (NIK) regarding “Counteracting the threats arising from the presence of hazardous materials on the bottom of the Baltic Sea”. The results published in May 2020 confirmed the danger posed by dumped munitions, the risks for the environment and economy, and criticized the governing bodies for lack of action. DAIMON experts were tightly involved in this process.

In Germany, in May 2021 a public hearing was arranged with the topic “Recovery and destruction of derelict munitions in an environmentally friendly manner”. The DAIMON2 experts spoke out in favour of setting up a competence centre for marine ammunition and equipping it with at least 100 million euros.

Much to the credit of the DAIMON results, HELCOM has included munition remediation in the new Baltic Sea Action Plan. In September 2021, the EU Parliament issued a “Resolution on chemical residues in the Baltic Sea”, which puts an imperative on the continuation of the DAIMON2 project activities.

DAIMON in the project library

DAIMON 2 in the project library 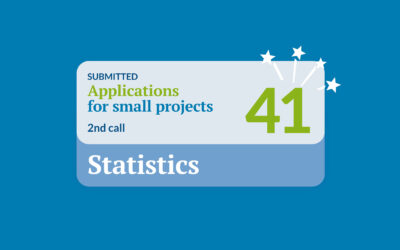 41 proposals for more cooperation in the region!

Our Programme is happy to announce that we received as many as 41 project applications for small projects! We are very excited to explore how the many newcomers would push forward innovative, water-smart and climate-neutral projects in the region.

END_OF_DOCUMENT_TOKEN_TO_BE_REPLACED 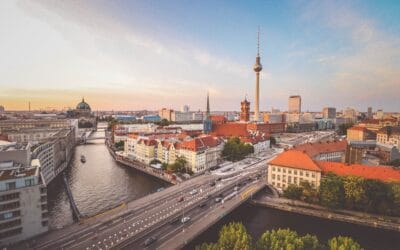 Zooming in on core projects!

On 17-18 January, the Managing Authority/Joint Secretariat (MA/JS) team welcomed the first core projects to a Lead Partner Seminar in Berlin.

END_OF_DOCUMENT_TOKEN_TO_BE_REPLACED 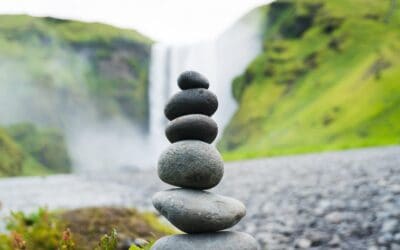 Last autumn, the first small projects started their journey within Interreg Baltic Sea Region. In small steps, they are bringing a change to the region and helping progress towards larger, macro-regional objectives of the EU Strategy for the Baltic Sea Region.

END_OF_DOCUMENT_TOKEN_TO_BE_REPLACED 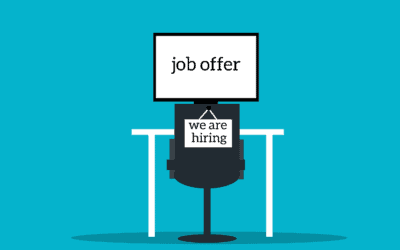 We are looking for an IT Officer and a Junior Finance Officer at the Managing Authority/Joint Secretariat (MA/JS) of the Interreg Baltic Sea Region Programme.