Helping spatial planners see the cultural heritage of the sea

Wrack of a wooden ship in the shallow waters of the Baltic Sea (©panthermedia.net/ candy18).

What is maritime cultural heritage? Could you give some examples from the Baltic Sea region?

Matthias Maluck: Everyone knows about ship wrecks, sunk for example by an accident or a battle. But underwater cultural heritage includes also underwater landscapes, like in Estonia or in Germany, where the coast line was shifted by a couple of hundred meters over the past thousands of years. Maritime cultural heritage also includes cultural heritage on land that has to do something with the sea: harbours, lighthouses, fishing villages, or Viking age trading settlements such as the one in Hedeby in Schleswig-Holstein which is 30 km inland but connected to the Baltic Sea.

And what do you do in the BalticRIM project?

Matthias Maluck: The challenge is to make maritime cultural heritage a part of spatial planning of the sea. All the countries around the Baltic Sea are supposed to prepare maritime spatial plans to manage the different human activities in the sea. Currently,  when planners decide on shipping routes, fishing or aquaculture grounds or wind park locations, maritime cultural heritage is not taken into account at all. This is where we start. We now try to integrate maritime cultural heritage locations into the plans: We have wrecks and underwater landscapes, and we need to put them in the maritime spatial dimension and connect them with the legislative rules so that planners have means to deal with the heritage. We also need to look at what is interacting with the cultural heritage in a negative way, i.e. what potentially damages the heritage, but also in a positive way, i.e. economic opportunities. This is where blue growth comes in as tourism is one of the sectors that can use heritage.

Why do you need a transnational project for this sort of work with coastal resources that are usually in the national or regional responsibility?

Matthias Maluck: Cultural heritage does not stop at the borders – it often transcends borders. When you have an important underwater landscape in Germany extending into Danish or Polish waters, it needs to be acknowledged as protected on both sides of the border, not only on one. Otherwise it may be damaged. What we need is to find common grounds for evaluating and characterising our cultural heritage across countries in the Baltic Sea region so that we can provide the same recommendations to our planners.

What is your personal motivation to work for this project?

Matthias Maluck: I am an archaeologist by training, and I found out that if you want to protect and preserve cultural heritage, you need to make people interested in it. If nobody cares about cultural heritage, nobody wants to protect it. And you need to address those, who can use or affect heritage as soon as possible – not when the damage is already done. The best way to do that is to go to the spatial planners because they are the ones who decide what people can do where in and at the sea and what they can’t.

BalticRIM has been selected as a project under the European Year of Cultural Heritage 2018. Congratulations! What does it mean to you?

Matthias Maluck: It is a great honour that we are part of the European Year of Cultural Heritage and it fits very well to our idea of this common heritage. The Baltic Sea is one of the regions in Europe that has very strong and very important shared heritage. 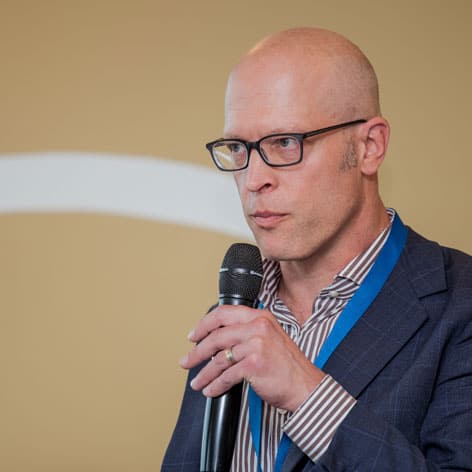 About Matthias Maluck:
Matthias Maluck studied archaeology in central Germany and Ireland. In Ireland he discovered his passion for the sea, which lead him to the Baltic Sea coast in northern Germany in 2005. Now working for the State Archaeological Department of Schleswig-Holstein, his team checks all planning processes that affect the ground for potential damage to cultural heritage. Matthias is a trained scientific diver and has worked in many projects in the Baltic Sea. He is also representative of Schleswig-Holstein in the Baltic Region Heritage Committee, where institutions from all Baltic Sea states meet and exchange as well as develop projects such as BalticRIM in order to promote the common heritage.

In our project we can emphasize what is so common in our area. It is a very good example of European scale cultural heritage.

How will such a project influence ordinary people living in this area?

Matthias Maluck: Cultural heritage management is always a service for our society that preserves cultural heritage as part of our identity. Once we include cultural heritage into maritime spatial plans, it is much more likely to be safeguarded for future generations. A fishing village that we can visit today will still be there in hundreds of years to learn about former practice. This is of importance for everyone. However, it will not be easy to trace back that the project helped to make one of the important steps, i.e. to make planners actually look at the cultural heritage of the sea.