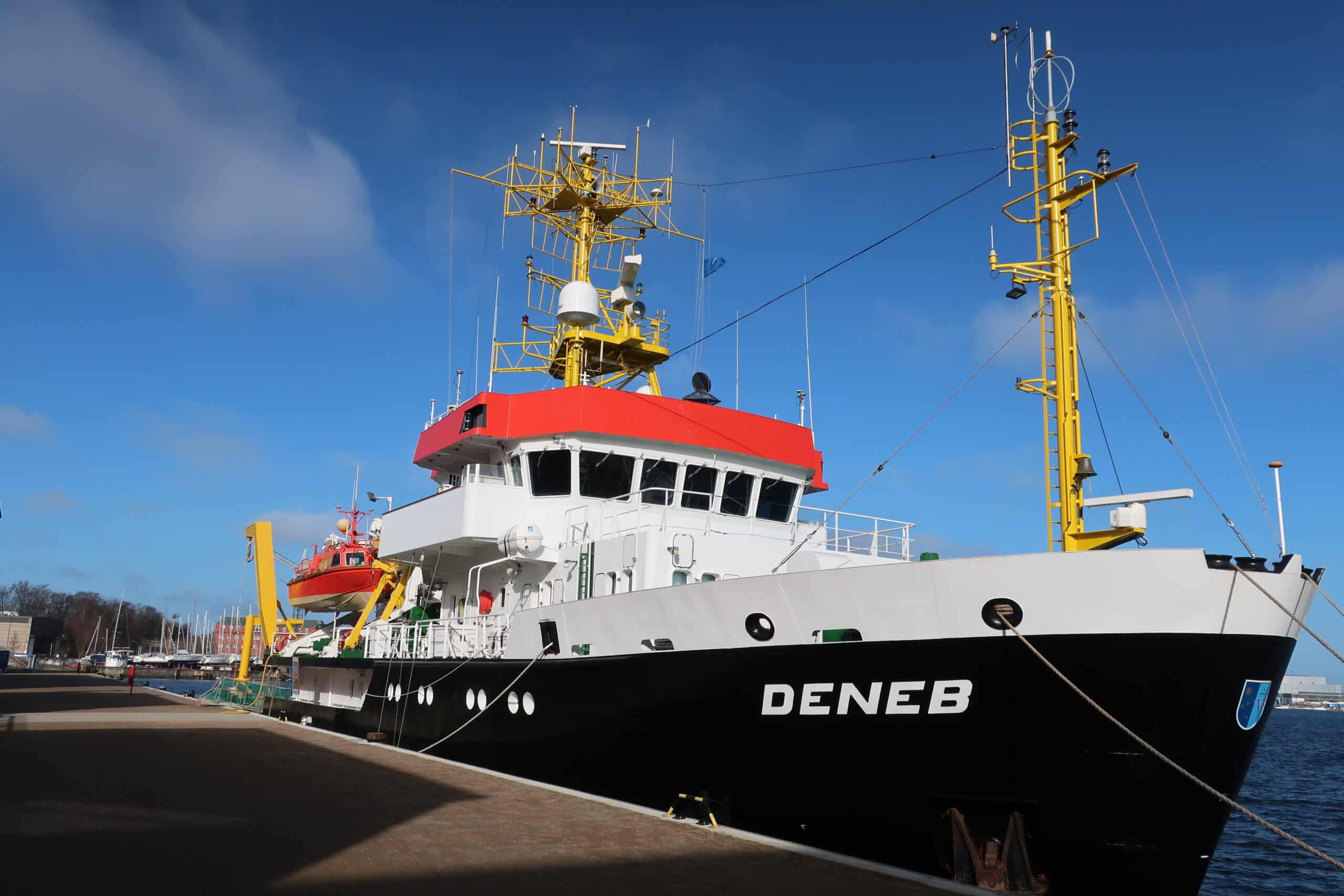 Smart ideas and a tailwind with Interreg!

Navigating safely in busy waters like the ones of the Baltic Sea requires modern technology and an advanced maritime system for position, navigation, and time purposes. Niklas Hehenkamp, communication manager of the #MadeWithInterreg project R-Mode Baltic, is sharing his adventure on how Interreg Baltic Sea Region helped him and his team improve maritime safety in our region. Let’s sail off the coast of the Baltic Sea!

I am not receiving anything. Have you switched the modulator on? Is everything wired correctly?

We are a group of eight people from four countries sitting in a 100-year-old lighthouse at the northern tip of the island of Bornholm, Denmark. Everyone brought a box filled with measuring equipment, antennas, wires, and connectors. We are wearing warm winter jackets, drinking coffee and looking at the same small computer screen. Finally, our Polish colleague has an idea that saves us from failing, and fortunately, his German counterpart has the required parts in his box.

We manage to put everything together, check the set-up once again and switch it on. The screen is now showing the desired peaks in the spectrum of the received signal. We’ve made it! The medium frequency transmitter next to the old lighthouse is transmitting the first MF R-Mode signal ever! We are relieved and happy, refill our coffee cups and step outside to enjoy this very moment. There is still a long way to go but we have just accomplished a very important milestone towards our goal: we’ve set up a novel radio navigation system for ships in the Baltic Sea!

The Baltic Sea has become the first operational test area for this technology worldwide.

Why a novel radio navigation system for the Baltic Sea?

International trade and transport largely depend on marine traffic. Ships that transport people and goods around the globe face the risk of accidents and collisions on their paths, depending on modern technology to guide them safely from berth to berth. The Baltic Sea is one of the busiest seas in Europe, with highly frequented routes.

Modern-day ship navigation largely uses Global Satellite Navigation Systems (GNSS), like GPS and Galileo, to determine the current position, heading and speed. On top of that, ships use Automatic Identification System (AIS) transponders to exchange these pieces of information with ships in close proximity in order to avoid accidents. But what if these systems fail?

Together with partners from Germany, Sweden, Norway, and Poland, we’ve been striving to establish an alternative navigation system to support safety aboard vessels. A very promising solution is the Ranging-Mode (R-Mode) navigation system. R-Mode is a novel radio navigation system that makes use of the existing radio infrastructure in the maritime world, namely the successor of AIS, the Very High-Frequency Data Exchange System (VDES), and the medium frequency Maritime Radio Beacon. Both systems are well-known and used worldwide, with radio infrastructure distributed along the shorelines of numerous countries.

In the Baltic Sea region, multiple transmitters of both the Maritime Radio Beacon System and the AIS can already be found in countries like Germany, Sweden, and Poland. However, R-Mode technology is hard to widely apply if cooperation across countries is missing. In fact, ensuring safe navigation at sea and in coastal areas should be on a task list for joint activities for countries around the Baltic Sea. Interreg Baltic Sea Region made it possible to happen.

The necessity of cooperating transnationally

The R-Mode Baltic project brought together national maritime service providers, researchers and companies from Germany, Sweden, Norway, and Poland. Working as a team, we further developed the R-Mode technology, tested and proved that R-Mode can be a suitable approach for coastal navigation for the Baltic Sea. 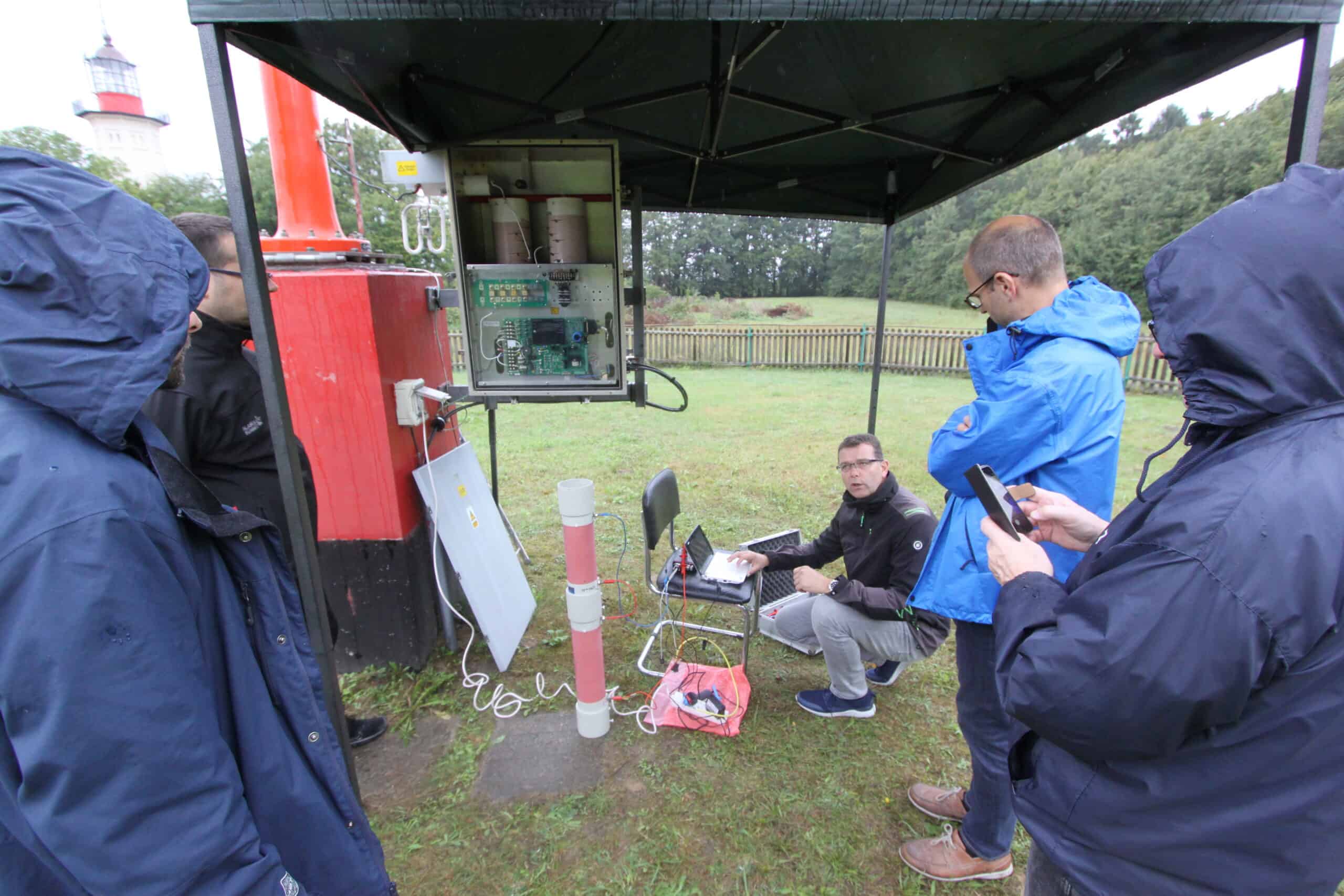 In parallel, research and industry partners worked together to design and implement different R-Mode receiver prototypes. These were tested in validation campaigns and proved that navigation using R-Mode is possible in coastal waters with a positioning accuracy of better than 30 meters at day-time and 63 m at night-time. These numbers are a very good result demonstrating that R-Mode can be used as a maritime backup navigation system in the Baltic Sea.

As a result of the project, public service providers gained access to maritime shore infrastructure. They are now able to operate and maintain the R-Mode system without the need for any support. Companies, on the other hand, will accompany the process to place the R-Mode technology on the market.

However, the work on the technology is not over.

“R-Mode Baltic testbed will be available after the end of the project. We plan to continue our research and development activities to increase the system performance and transfer it into operational use.Our project will keep supporting the increased safety of marine traffic and enable a higher level of automation in shipping.” 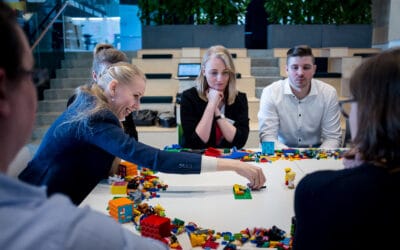 18 May 2022 Innovation hubs driving sustainable growth in the Baltic Sea region Written by Patrizia Hongisto, Aalto UniversityThere is an...

END_OF_DOCUMENT_TOKEN_TO_BE_REPLACED 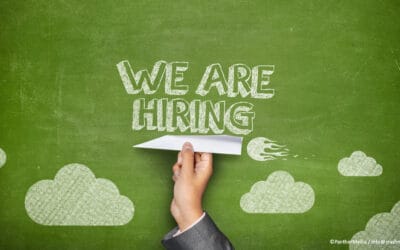 Join our team in Rostock!

END_OF_DOCUMENT_TOKEN_TO_BE_REPLACED 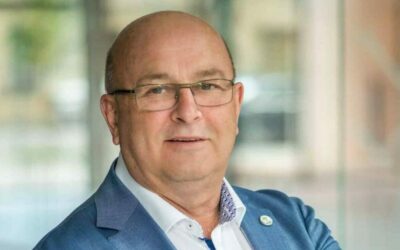 Interview with Mayor of Kaunas City

10 May 2022 The Mayor of Kaunas City shares his views on what Interreg can do for citizens Written by Luca ArfiniOur Programme is working with...

END_OF_DOCUMENT_TOKEN_TO_BE_REPLACED 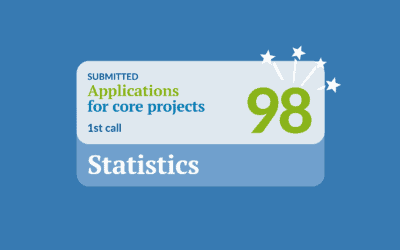 98 proposals for a greener and resilient region!

28 April 2022 98 proposals for a greener and resilient region! Statistics Written by Anna GałygaThe first call of the new Programme 2021-2027 closes...