How school mayor of Pskov city made urban mobility greener 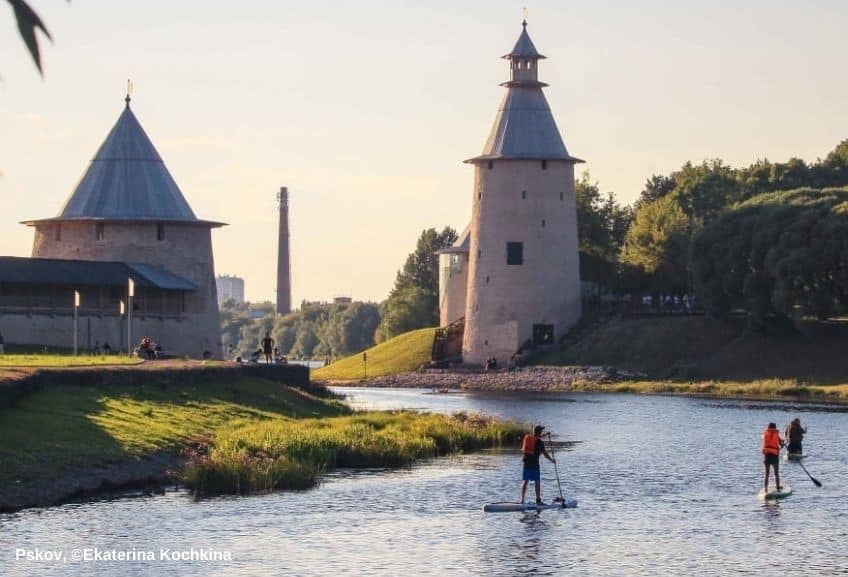 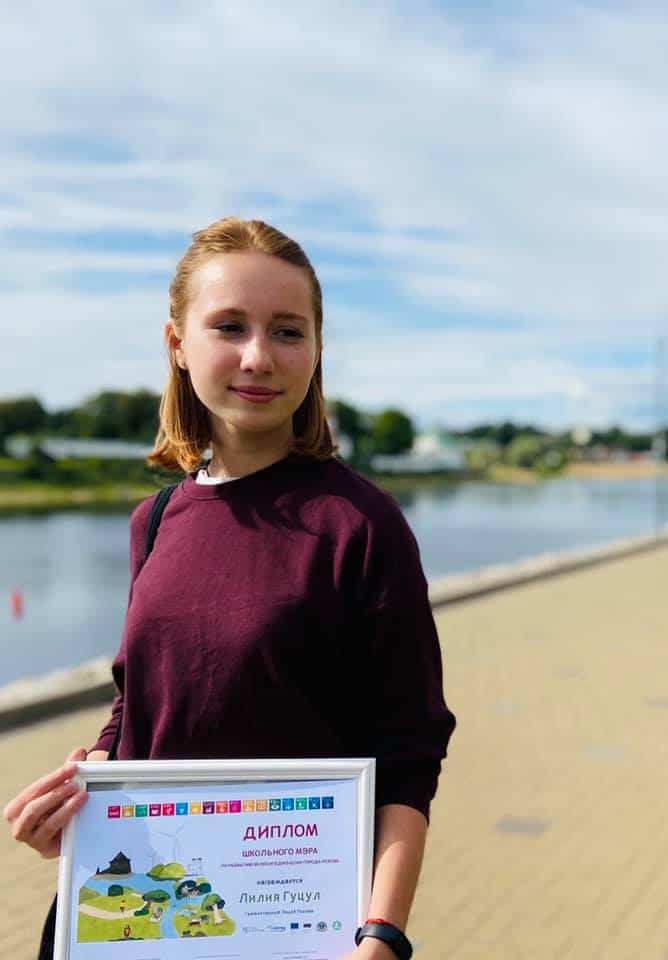 Lilia Gutsul is a girl who earned the title of school Mayor of Pskov Cycling City for her efforts in creating a sustainable urban infrastructure for schoolchildren. Listen to her personal experience from the Interreg project cities.multimodal.

Who is Lilia Gutsul?

Even if she has only finished her eighth grade, Lilia Gutsul has already made a meaningful contribution to the sustainable development of the city of Pskov in Russia, contributing to a greener future for her and her peers. As a representative of the school community of Pskov within the Interreg project cities.multimodal, she helped develop a safe urban infrastructure (pedestrian, bicycle, public transport systems) to make the students of Pskov feel safe in the city. For her work, the city administration awarded her a special cities.multimodal diploma and granted her the title of the first school Mayor of Pskov Cycling City.

Now Lilia, already in her new Mayor status, continues her work on the implementation actions as a part of the Pskov Sustainable Development Plan until 2030. The plan was presented at the conference of the Ministry of Transport of the Russian Federation held in Pskov in September 2020.

Pskov listens and hears the voice of its residents 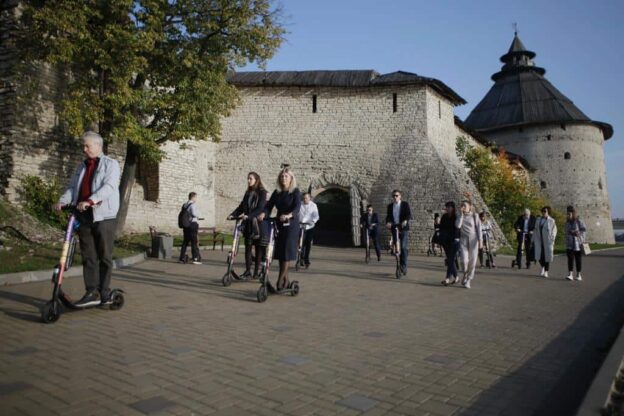 I am very glad that my hometown of Pskov hears me and my peers, showing that our opinions matter. Therefore, today I am here with my storytelling you how our voices have been taken into account when developing plans for the future of Pskov.

I was lucky to be born and live in one of the oldest and most beautiful cities in Russia. At the same time, Pskov, despite endless attempts to capture it, has retained its heart – a historical city centre from the times of Ancient Rus (the ancient ancestors of Russians). Now we are all feeling the pressure of the challenges posed by climate change and air pollution, threatening the future of our beautiful city, as well as ours.

Two years ago, when I was in the sixth grade, I attended my first-ever master class “How to make our central Lenin street pedestrian”.
The master class was organised at the beginning of the cities.multimodal project, funded by Interreg Baltic Sea Region. The project engaged 16 Hanseatic cities to work together to make urban mobility more sustainable and more citizens-friendly. Among these cities, there was Pskov administration as the core partner and the Leontief Centre as associated partner. The project partners developed a sustainable multimodal way of transport (or rather combining walking, cycling, public transport, and car-sharing), which is easy to adopt in other cities, attractive to residents, and doesn’t harm the environment.

Young people were the first to support these changes. Gradually everyone realised the advantages of the project, such as the possibility of living in a greener society and the positive impact that this could have on their health and well-being. Everything started with a proposal from a schoolchild that I had in my folder: the construction of a skate playground.

After the master class, we began to collect proposals from more than 100 schoolchildren in different areas of development and organisation of urban spaces. We have identified a series of problems and suggestions on what is important for us to enhance walking, cycling, and public transport in the city.

How the game of goals helped us to think strategically

On 5 September 2019, in the framework of the project cities.multimodal, the Pskov City Administration hosted the 17 Sustainable Development Goals business game called “Game of Goals.” The game brought together city officials, businesses, NGOs, and youth to develop projects fostering Pskov’s sustainable development. We really liked the idea of applying the 17 Sustainable Development Goals to ensure a greener future for our city. This truly helped us to learn how to think strategically.

The best part of the Game of Goals was that we were playing on an equal footing together with our more experienced colleagues, feeling that they were truly listening to what we had to say.
We enjoyed experimenting and cooperating to make green mobility and sustainable development a reality HERE in PSKOV, to live healthy in our city, in our home! 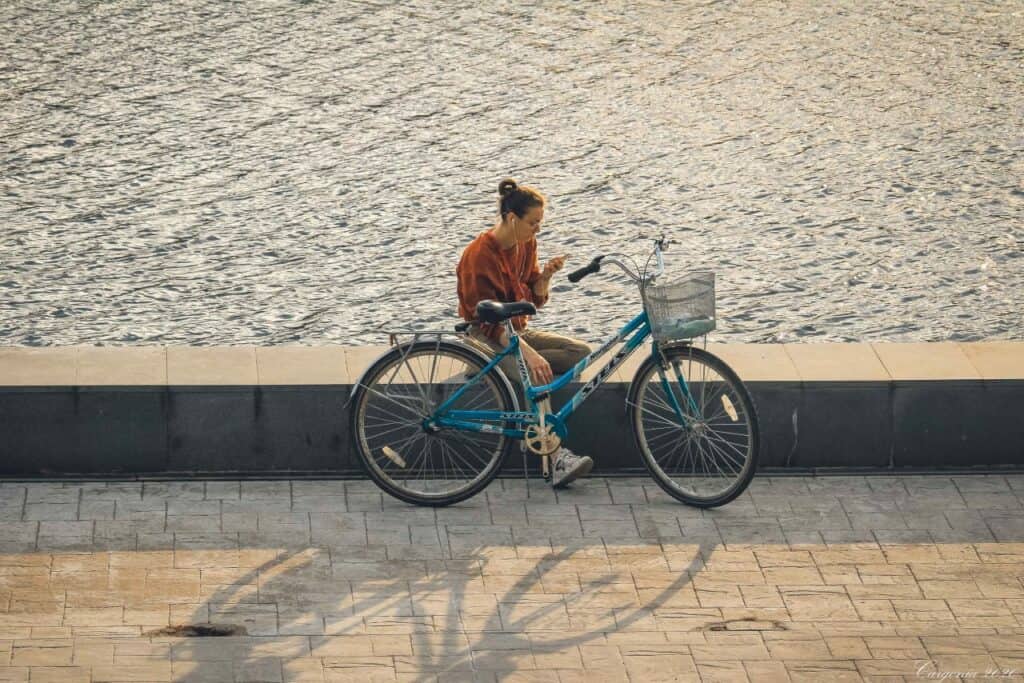 We are promoting a viable cycling alternative for us, schoolchildren, as well as advocating for an interconnected, safe network of bike paths throughout the city.

Firstly, bicycles are one of the most environmentally friendly modes of transport, a greener and healthier alternative to cars. The transition of people from a car to a bicycle will improve the ecological situation in the city, increase the general well-being of citizens, and also relieve the car network. Cycling can contribute to the development of the hospitality industry, since pedaling requires strength, when doing so a person gradually gets tired and lose strength and in order to replenish forces that person will probably take a break at a local cafe. This could increase the number of customers in local restaurants and cafes.
Finally, compared to the cost of road maintenance, cycling infrastructure is cheaper.

Thanks for listening to my story. I really hope that we can achieve the goal of laying safe and convenient bike paths, opening up new opportunities for the development of public transport and pedestrian traffic in Pskov, so that every child in our city will feel safe and comfortable! This isn’t a quick process, but we are ready to work actively to bring forward our idea! 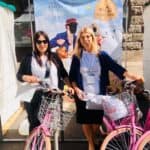 “Thanks to participation in the Cities.multimodal Interreg BSR project, we managed to gain invaluable experience in working with our European project partners and apply their best practices in creating Russia’s first Sustainable Urban Multimodal Plan for Pskov (SUMP) as an integral part of the 2030 Pskov Sustainable Agenda. This document was included in the Development Strategy the city of Pskov until 2030, and now there is an active work on the development of municipal programs for the planning period 2022-2024, in order to achieve the goals and objectives set in the Pskov SUMP to improve the quality of the urban environment and transport systems, air and water, improving quality of life of our citizens and tourists.” 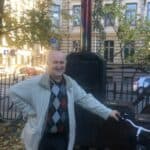 “Participation in the project allows us to clearly grasp the trends in the development of the urban environment, to get acquainted with the positive experience of our city.multimodal partner cities, helps to give birth to new ideas, new directions of development.
As part of the implementation of the SUMP, it is possible to carry out renovation of the Pskov passenger bus company [Pskovpassazhiravtotrans], the project of the intersection of Inzhenernaya-Yunosti street with the organization of bicycle paths, the 2nd stage of reconstruction of Pozemsky street with the help of bicycle paths. We are also developing the concept and project of bike paths along Riga Avenue.”

Article by Elena Belova, Head of the Development Department of the Leontief Centre, with support of Luca Arfini, Managing Authority/Joint Secretariat of Interreg Baltic Sea Region