How citizens drive favorable change in the Baltic Sea region

Interaction between public service providers and citizens is necessary to face the most pressing societal challenges and better respond to the needs of citizens. Find out how our #MadeWithInterreg projects Empaci, Healthy Boost and SEMPRE have driven the co-creation of more efficient and more responsive public services in the Baltic Sea region.

Nevertheless, this trust doesn’t always directly translate into citizens’ active participation in local decision-making processes. Another Eurobarometer survey showed that, in almost all the countries in the Baltic Sea region, the percentage of respondents who has recently taken part in a public debate at the local/regional level was below 20%.

By asking people to provide feedback on the services offered in their communities, local governments can better understand which are the most urgent actions needed to ensure a brighter future for their residents. This is why the EU Commission supports initiatives targeting citizens’ engagement such as the Conference on the Future of Europe and the European Democracy Action Plan.

In light of the EU Commission’s priority to empower citizens and build more resilient democracies, our Programme funds initiatives advancing less bureaucratic and more cost-efficient public services for the benefit of the people. Thanks to innovative solutions on wellbeing, public budget, and social services, our projects Empaci, Healthy Boost, and SEMPRE encompassed some of the diverse needs of inhabitants in the Baltic Sea region.

Making participatory budgeting a reality in the region 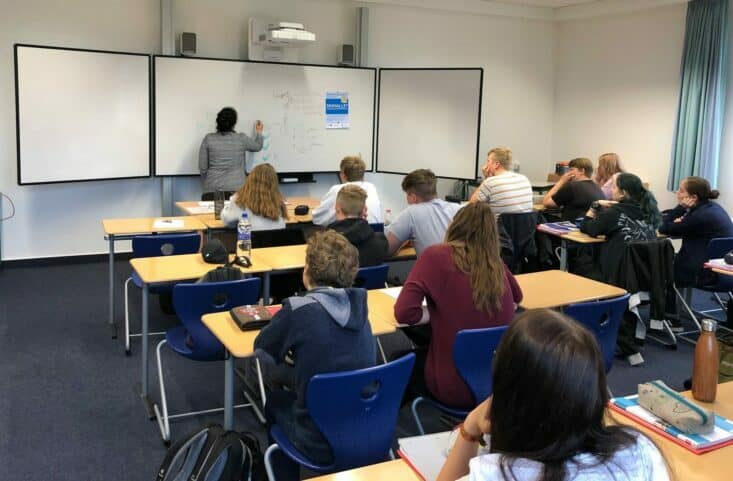 “Participatory budgeting means that citizens are invited to participate in the design and spending of municipal funds by providing their own ideas. The main advantage of this is enhancing direct democracy. Citizens feel taken seriously and can learn about what the municipal policy is responsible for, as well as what are the restrictions that municipalities need to face when they want to act in a specific field,” explained Peter Lorson, project leader of Empaci.

This Interreg project tested the concept of participatory budgeting in nine pilot municipalities in Finland, Germany, Latvia, Lithuania, Poland, and Russia. Out of more than 1,000 ideas submitted by citizens, more than 130 were successfully brought to life by the municipalities. The implemented ideas cover a wide range of topics from active leisure, culture, to sustainable lifestyles, all aiming at creating more liveable living areas in the region.

“A good example is the one of the pilot municipality of Bützow, in Germany. In this case, citizens proposed 56 ideas among which four were voted to be implemented with EUR 30,000 EUR from the city budget. One was about slowing down the traffic in Bützow’s Wallstraßen. The second idea was to establish a Skater Park for the youth. This initiative has even got additional fundings from a local company that particularly liked the idea. Then we had a third project or rather the arrangement of outdoor public space as a welcome and meeting point in the city. While the fourth and final idea was the extension of a hiking trail.”

Besides these pilots, project partners evaluated the status of participatory budgeting and the existing legal requirements in the countries across the Baltic Sea region. Based on the results, they created a guidebook and training materials in different languages on participatory budgeting for other municipalities and local councilors in the whole region.

“The level of use and maturity of participatory budgeting is still very diverse across in the region. In Finland, for instance, it was already wildly accepted when the EmPaci project started. In other countries such as Lithuania and Latvia, but also Mecklenburg Western Pomerania in Germany, the concept of participatory budgeting was almost not known. The transnational approach thus helped to build on existing knowledge, exchange ideas and inspire each other on how to run participatory budgeting,” clarified Ellen Haustein, project coordinator of Empaci.

The Interreg project Empaci already serves as a model for others. For example, in the Vidzeme Planning Region, Latvia, two municipalities decided to implement participatory budgeting locally. Finally, project partners set up an international network called PBbase brings together experts in participatory budgeting, municipalities, and others interested in the topic to continue the discussion beyond the project framework and lifetime.

Boosting health & well-being of in cities through cooperation 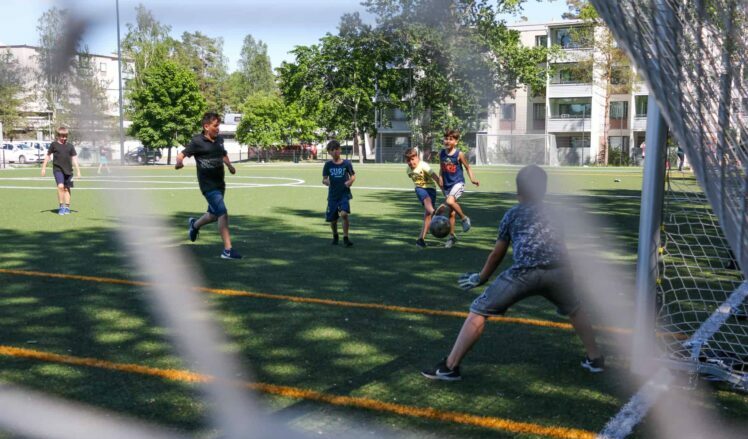 “We worked on the transnational challenge of health-related problems of residents in the urban environment, which is a multi-fold problem. So, it cannot be solved only by health or only by well-being-related services. Health-related problems can derive from social, environmental, commercial, physical activity, or other issues. All these aspects are interlinked. This means that if you take care of enhancing the quality of life of residents, this will eventually have also a positive impact on their health,” said Adham Maharramli, project coordinator of Healthy Boost.

By creating an innovative model for cross-sectoral cooperation, project partners made urban policies for health and well-being more effective and better integrated. Healthy Boost brought together municipalities, NGOs and professionals from various fields (e.g. nutritionists, physiotherapists and designers) with ordinary people to enhance different aspects of citizens’ well-being and lifestyle. This was done with the improvement of services provided by the city administration and their promotion among residents. The model was tested in the cities of Cherepovets and Pskov (Russia), Helsinki and Turku (Finland), Poznan and Suwalki (Poland), Klaipeda (Lithuania), Jelgava local municipality (Latvia) and Tartu (Estonia).

“For example, in Turku, we teamed up with the organisers of children’s summer activities to assess children’s satisfaction of the proposed outdoor activities. We drafted a feedback questionnaire, asking kids what they would like to do or what has been nice in the previous summers. Kids are not often asked how they like to do things as typically adults decide for them. So, we wanted to give children a voice,” explained Eeva Hämäläinen, coordinator of Turku pilot within Healthy Boost.

“Another good example is our pilot in Jelgava local municipality, promoting sustainable and healthy food in schools. This was done in an interactive way thanks to the use of VR game PRO-portion and not just by telling kids what they had to eat. Project partners were firstly introducing one specific dish, then they were gathering feedback from the kids on that dish and repeated this process with differet kinds of healthy food. In this way, they ended up creating a menu that is both healthy and liked by kids,”added Adham Maharramli.

The developed model along with online training and lessons learned from the pilots should serve other cities willing to enhance their cross-sectoral cooperation.

Empowering vulnerable groups to help themselves 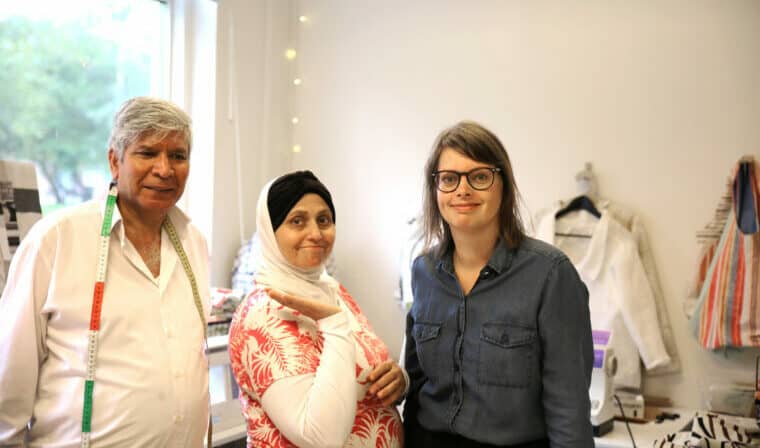 “By empowering disadvantaged people, you give them the ability to act, showing them that it’s possible, how it’s possible, and giving them the self-confidence to actually make a change. Once they have found out that they can do something about their own situation and that people listen to them and support them, then they are more likely to do that again in the future and also inspire others to follow their example,” said Hauke Siemen, communication manager at SEMPRE.

In this Interreg project, service providers such as welfare and public sector organisations, NGOs, and social enterprises across the Baltic Sea region involved vulnerable groups from rural areas in delivering social services.

SEMPRE gave the opportunity to disadvantaged people (e.g. single parents, the elderly, or migrants) to express their needs and be heard. By bringing together service providers and vulnerable groups, project partners boosted the development of ideas for missing services and supported disadvantaged people in turning those ideas into self-sustainable micro-projects. This was done in the follow-up phase called SEMPRE Accelerators. Thanks to the practical application of the lessons learned in the SEMPRE project, it was possible to turn the users of social services into owners of social services.

The outcome was more than 30 locally based micro projects very diverse from each other. From creating a network for single parents, establishing a coffee shop selling local handicrafts, ideating a family welfare center, producing stress balls, setting up a dog walking service, to organising mediation activities with the local job center. These are just some examples of the great variety of areas covered by them.

“These micro-projects that still exist and offer these services, show how it is possible to achieve tangible results by empowering disadvantaged people. Moreover, some micro project groups reported to us that a few of their members had to leave the micro project because, thanks to the new confidence and skills gainded, they were able to find new job opportunities.”

Now, these micro-projects should have the tools to survive longer and possibly even expand in the future. However, no matter what will be the status of each of them in the years to come.

“With SEMPRE we shed more light on the fact that the infrastructure for supporting inclusive entrepreneurship is really weak in the Baltic Sea region and more work is needed.”

New solutions for social innovation across the Baltic Sea

For the period 2021-2027, the Programme will keep funding initiatives that contribute to enhancing societal innovation for resource-efficient and citizens-friendly public offers. So, if you have a smart idea on how to help our region to empower citizens and improve the quality of public service delivery, you can find inspiration on this platform presenting nine of our projects focusing on the topic of social innovation.