Cooperation as the key to a climate-neutral Baltic Sea region

A common challenge for the countries in the Baltic Sea region is how to produce green and climate-neutral energy. In fact, as much as 75% of the EU greenhouse gas emissions still come from energy use and production. Cooperation and sharing good practices in Interreg projects, such as LowTEMP, Baltic Integrid and Area 21, can be a game-changer in accelerating the energy transition in the region.

What does ‘energy transition’ really mean and why do we need it?

‘Energy transition’ indicates the shift from using non-renewable energy sources, like oil, natural gas and coal, to renewable sources, such as wind and solar, with the help of technological advancements and energy conservation techniques. The concept is part of the European Commission’s broader strategy to make the EU’s economy more sustainable, or rather the European Green Deal.

Following this Europe-wide effort to tackle the existing global climate and environmental challenges, Interreg Baltic Sea Region priotises a resource-efficient growth by, among other things, investing in renewable energies and in the decarbonisation of energy systems.  In fact, reducing energy-related CO2 emissions in the region is the area where there is wider room for improvement; as shown by a recent study of the Council of the Baltic Sea States (CBSS) and the Nordic Council of Ministers.

Interreg Baltic Sea Region has supported transnational initiatives that create durable policy instruments for a more coordinated energy planning in the region. The Programme brought together public and private actors to improve the production and distribution of renewable energy from natural resources. It has facilitated a transition towards energy efficient and low emission cities. In practice, 14 projects have tackled a variety of energy related topics, from regional planning strategies, efficient urban lighting through better energy efficient buildings, using biomass for energy production to supporting offshore electricity grids. They proved how collaborating across borders can bring meaningful results, like in the case of the projects LowTEMP, Baltic Integrid, and Area 21.

“All these countries face a similar challenge, and they need to develop solutions. Of course, it’s good to do this jointly,” explains Britta Schmigotzki, project manager of the lead partner team of LowTEMP. “However, it was not only about exchanging experiences; it was also important to support and motivate each other when implementing pilot solutions.”

LowTEMP worked on reducing energy waste from district heating systems in nine countries around the Baltic Sea. A district heating system is a centralised network that provides heat to residential and commercial areas; such systems are largely widespread in the Baltic Sea region. However, they are often technically outdated causing unnecessary energy waste. To solve the problem, LowTEMP implemented and promoted the installation of a more sustainable district heating supply which reduce heat loss. In fact, thanks to these systems, the heat is distributed at optimally insulated pipes with smaller diameters, allowing also the use of renewable energy sources.

The project partners compiled data on existing energy supply systems in the region in an online platform. They also developed comprehensive training material contributing to the capacity building in municipal and regional authorities to plan, finance, install and maintain low temperature district heating systems. Within the extension stage project, the partners keep working on the training package to adapt it to national conditions and languages. Now, authorities, heat suppliers, planners, engineers and energy agencies get an easy access to the training material. “We managed to raise awareness but also to spread valuable know-how to key actors, which are those deciding on how to further develop the local heat supply.”

Exploiting the true potential of offshore wind in the Baltic Sea

Another good example of how cooperation can bring innovative solutions to accelerate the energy transition process is the Baltic Integrid project. The project is carrying a flagship stamp of the EU Strategy for the Baltic Sea Region in the Policy Area Energy, which focuses on ensuring competitive, secure and sustainable energy in the Baltic Sea region.

“Offshore wind has achieved remarkable cost reductions over the past years and it is a very important pillar in the low carbon energy system that we need to see in the future,” said Anika Nicolaas Ponder, the communication manager of the lead partner team of Baltic Integrid.

Offshore wind energy has great potential in the region due to the special characteristics of the Baltic Sea (i.e. lower wave height, less pronounced tides and shorter distance to the shore). However, in 2014 only 1.1 GW were installed out of the potential 12.2 GW by 2030. As a response, Baltic Integrid offered a cooperation platform to system operators and policymakers specialised in energy and climate. It helped them to meet, exchange ideas and plan strategies on offshore wind energy development in the area.

“When it comes to energy, it’s still very much nationally determined. So, it’s important that everybody has a seat at the table and gets to explain what their national context is like. Working as a transnational team allows to consider different national perspectives and increases thus the likelihood of success of a project.” Together, they created a visionary roadmap on the necessary steps to plan, implement and operate a meshed offshore wind grid in the Baltic Sea region by 2050. In such a grid, offshore wind farms are connected to more than one national transmission system. This concept was tested and verified in two pre-feasibility studies, covering a potential meshed grid between Poland-Sweden-Lithuania and Germany-Sweden-Denmark.

Project partners also established the Baltic Offshore Grid Forum for authorities and experts to continue the discussion on the offshore wind energy and grid development in the region even after the end of the project.

Moreover, when talking about possible future developments, Anika added “We are also looking forward to perhaps integrating the idea of offshore wind electricity to hydrogen, which is a very new and cool upcoming technology. It’s been in the pipelines for a while and now the European Union has a strategy for the development of green hydrogen. What you need to create green hydrogen is lots of green electricity. So, that’s perfect for offshore winds. We hope that we can somehow integrate that in a follow-up project.” 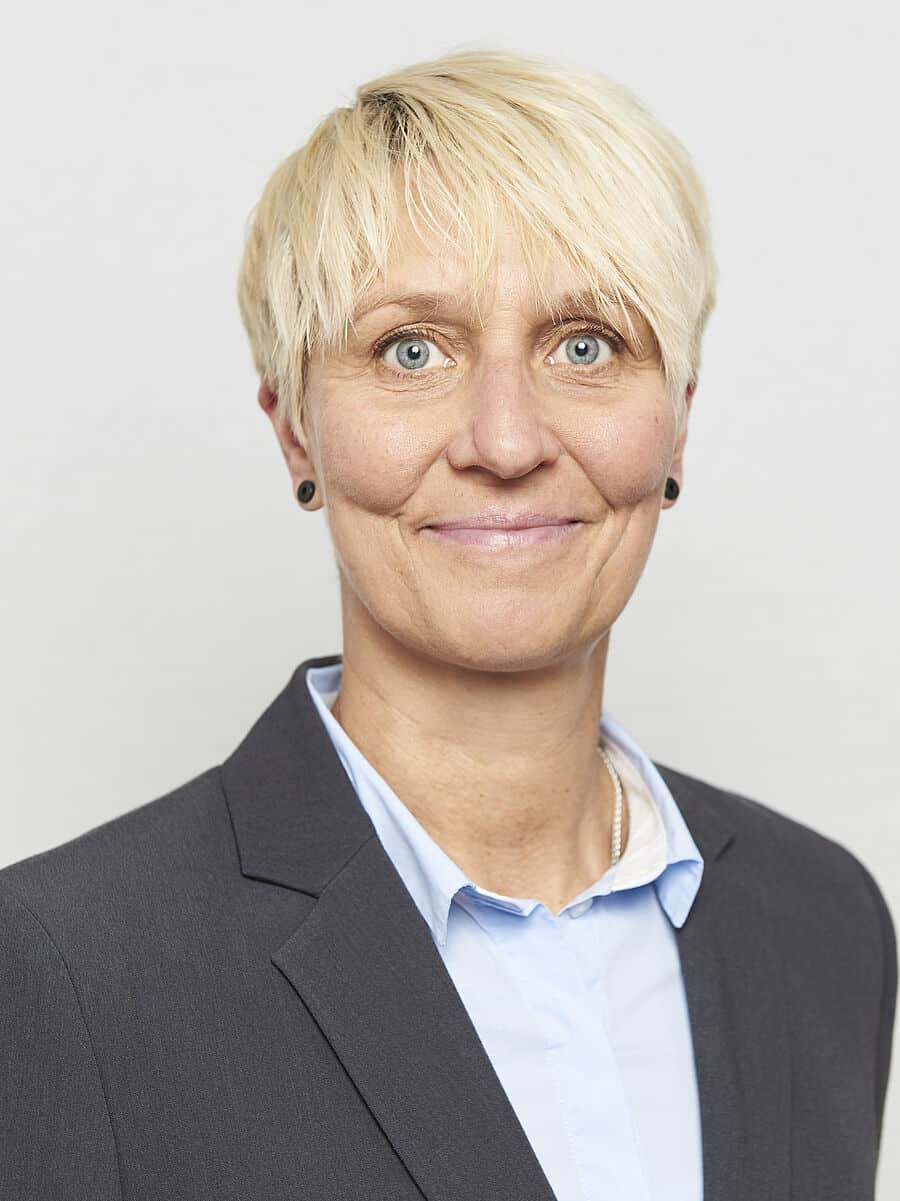 “I like the idea that cooperation contributes to environmental protection and meeting EU’s climate targets in the Baltic Sea region. This is what has been inspiring me for 15 years, working on projects, like LowTemp, promoting energy efficiency in the urban context. Interreg gives the possibility to work jointly to address common problems.” 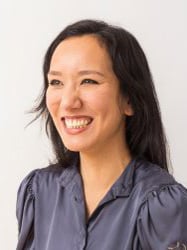 “Even if we were all from very different backgrounds and from different countries, somehow, we still had this one thing in common in Baltic Integrid. We found crucial to work towards a fair and sustainable future and we believed that renewable energy should be a big part of that. It’s really fun to work with like-minded people on something that you feel has a positive impact on the world.” 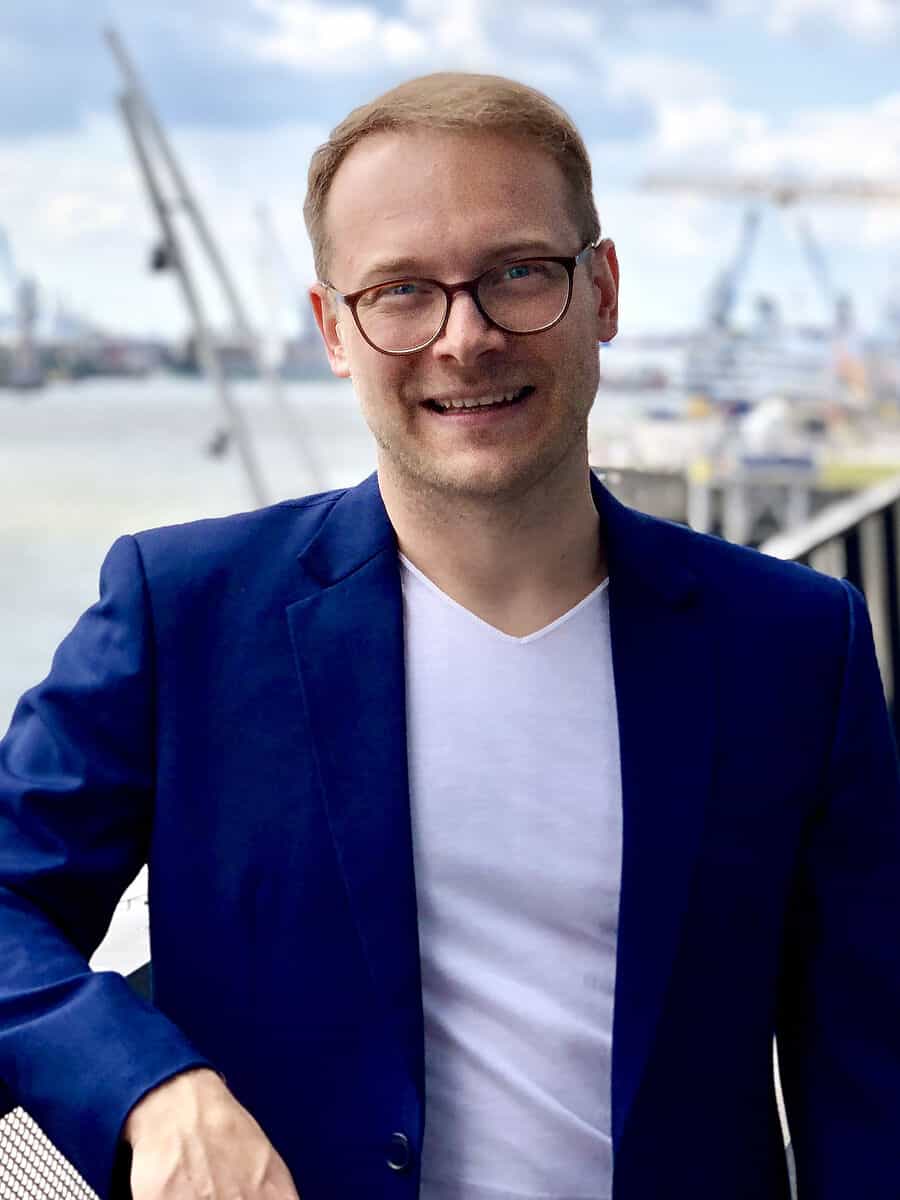 “What I really enjoyed about Interreg is the different perspectives and the fact that you understand very quickly that your perspective is not the only one. Many people have many good ideas and, if we team up, we can find better solutions than if we work individually”.

“We are lagging vastly behind the EU targets for energy transition and cities and their urban structures have a crucial role in this. Area 21 and its extension phase project are focusing on tackling this issue by cross-sectoral stakeholder participation at the district level and decreasing the overall energy consumption thanks to tailored-based strategies,” explained Jonas Fischer, working in AREA 21 lead partner team as a Research Assistant. “The practical aspect of the project was developing and testing this Energy Improvement Districts concept, case by case, at the local level”.

For instance, in Helsingborg (Sweden), the local energy utility collaborated with the local hospital to draft a strategy and action plan monitoring where and how energy could be more efficiently used and raising awareness on the matter among the staff of the hospital. This collaboration led to the creation of a practical way to decrease CO2 emissions of city districts and it will serve as an example for future sustainable projects in Region Skåne.

All six other pilots in Hamburg (Germany), Tampere (Finland), Lublin (Poland), Kohtla-Järve and Tartu (Estonia) as well as St. Petersburg (Russia) equipped the cities with strategies and action plans for energy transition, putting a participatory approach into practice. To accomplish this, “it was important to be part of a transnational team because we have the same problems everywhere and by joining our forces we managed to come up with a transferable solution that can be adapted case by case.”

Although, the roadmap towards a climate-neutral Baltic sea region is outlined, it is still essential to look for new energy efficient solutions and exchange best practices on green energy to make them common. Seed money projects funded by Interreg Baltic Sea Region are an example of how to start exploring new ideas and develop them further into fully-fledged projects in the future. In the energy topic, among others you can find:

These are all just some examples of the Programme’s effort towards a climate neutral Baltic Sea region. In the future Programme, there will be an even greater focus to jointly solving the challenges in the energy area topics. Further exploiting the opportunities goes hand in hand with respecting European citizens’ call for a swift and meaningful action tackling climate change.