Finding a Pokemon on your city’s main square or playing tennis in your living room with a handheld pointer – these examples of augmented reality have reached millions of people. Screen industries which develop, produce and sell such games have a huge potential to cross-innovate traditional sectors. But virtual and augmented reality are rarely used outside gaming. Read about how Interreg catalysed innovation by connecting screen industries with education, health and tourism.

“The project CrossMotion derived from the idea that screen industries should not live in their own bubbles but should be actually used  to make a better society and create new business opportunities going beyond simple entertainment,” says Alessandro Nanì from Tallinn University who co-developed and managed the project.

The project consortium with nine partners from eight countries covered a balanced combination of universities, film institutions, and business accelerators. They, as a first step, set up several targeted conferences and workshops to raise awareness of the opportunities of such cross-innovation. “The audio visual sector needed to discover for itself new business models, new areas to be active in, and through this new ways of generating income,” explains Alessandro.

Additionally, the partners organised hackathons, i.e. events in which computer programmers, graphic designers and project managers met experts from health, education or tourism to create a first version of usable software by the end of the event. Based on these events, companies were selected to further develop and test prototypes of digital products. Altogether 20 prototypes were developed. “This is an impressive number of prototypes for one transnational cooperation project”, says Reet Reisma, who is a Policy Area Coordinator for Innovation of the EU Strategy for the Baltic Sea Region. 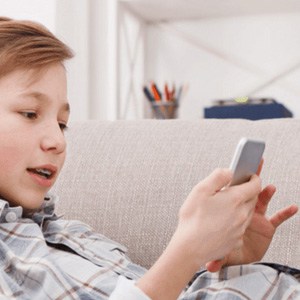 The screen time assistant Hoopy protects kids from excessive screen time and keeps the balance between valuable and entertaining activities. Parents can control their children’s screen time with it.

The creation of Hoopy took approximately one year. It is now available for Android and iOS and marketed in Estonia since August 2018 by Finland’s largest mobile phone operator. 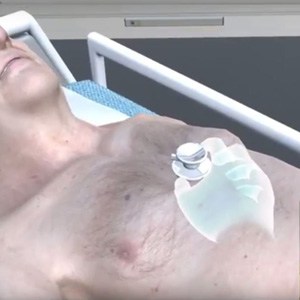 VR Clinic simulates the physical examination of a patient, i.e. students listen to the heart and lungs, take the pulse and blood samples. Then they diagnose. The prototype is being tested by hospitals in Denmark.

An app to explore the history of Narva city 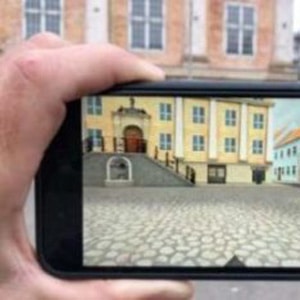 The Old Narva prototype makes use of a digital photo archive. Even though a lot of money is invested into digitising historical photo collections, they are rarely  used. Old Narva offers an augmented reality experience where one can walk around the town square and see the virtually reconstructed facades on a smart phone screen. This app won a GLAMi Award at Museums & the Web 2019 in Boston.

Taking home skills for the future

“Throughout work in the CrossMotion project, the developer teams learned how to work together internationally and gained experienced that can be reapplied in different settings,” emphasises Alessandro. And the cooperation will continue. At the moment, the cooperation is planned to continue, as some of the Scandinavian partners will build up on the experience in the network “Start North“ which is aimed at transforming future education. In addition, a project application for ERASMUS+ is on the way to take the idea of CrossMotion to the Balkan area.

Compiled by Stefanie Maack (Interreg Baltic Sea Region MA/JS) based on a project pitch by Alessandro Nanì during the Programme conference “Let’s talk about achievements” on 9-10 April 2019 in Lübeck.